These two web sites give basic information on some of the marine fuel locations around Australia. Bailey’s Marine Fuels. and AMSA Register of local fuel oil suppliers However, beware that the AMSA info is not a complete list, and other suppliers may be available in some locations. A few examples – Sea Swift are not shown as a supplier in Thursday Island, Horn Island or Gove. And Cullen Bay Marina in Darwin is not shown.

Also be aware that some of the Bailey’s marine fuel sites shown on their web site are locations where Bailey’s have an arrangement with the local supplier, whereby a Bailey Fuel Account Card can be used for payment of fuel. In some cases you will find it’s cheaper to pay for the fuel in cash or credit card direct to the supplier at the site. 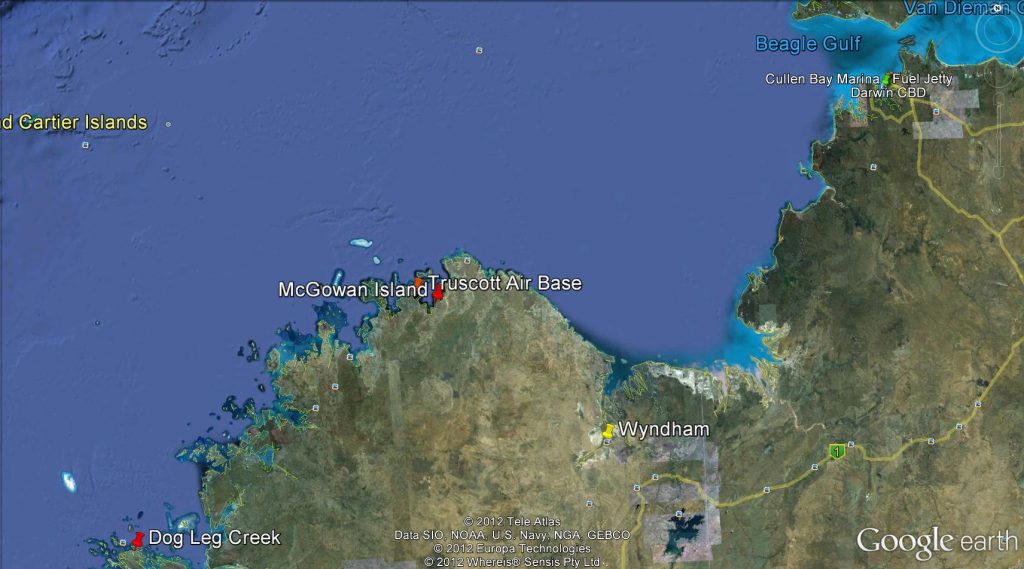 Far North Queensland Coral Coast – Sea Swift Mothershipping run a scheduled service from Cairns to Torres Straight during the prawn season. They stop at various locations up the coast. Bulk diesel can be bought from the mother ships. Make prior arrangements with Seaswift in Cairns, and be sure to check the scheduled sailing dates close to the event, as they can change for various reasons. The ships can usually be contacted by satellite phone to keep up to date of any late changes.

Seisha – Sea Swift fisheries support barges regularly call into the Seisha wharf during the prawn season. You cannot buy fuel from the Seisha wharf, but by arrangement with the skipper on a barge, it’s possible to tie alongside a barge at the wharf and load fuel from the barge. However, it is often more convenient to use the Thursday Island or Horn Island facilities. There is also a service station next to the Seisha wharf for fuel in jerry cans.

Gove – Sea Swift, Phone (08) 8935 2435, Bulk Diesel. Beware of docking on this wharf in a moderate to strong SE breeze, as it can be difficult to pull away from the wharf. The writer was told there are many rail mounted bar bq’s, push bikes, pulpits and pushpits sitting on the bottom under the wharf, which have been wiped off yachts that did not have the power to pull away from the wharf in a stiff SE breeze. I have towed a 40ft yacht off the wharf with R&R, otherwise they would have been stuck there until the 20 knot breeze dropped. Early morning is usually the least windiest time and the breeze picks up mid morning.

Maningrida –  Bawinanga Aboriginal Corporation Phone (08) 89796555 Mob 0433 133 356 info@bawinanga.com  Diesel is available from the BAC run service station in a 400 litre pod delivered to the barge landing. Check to see if your vessel can get close enough to the landing. The writer has not loaded fuel here, therefore I cannot comment on the fuel loading process. Please make your own enquiries. Permits required to go ashore.

Darwin – Baileys Marine Fuel, Fishermans Wharf, Phone, (08) 8941 3320 info@baileysmarine.com.au Bulk diesel. Check with Baileys, or Darwin Port Authority, as a KCCYC member was told in 2018 that the Port Authority now needs proof of $20M public liability insurance on a vessel before it pulls alongside Fishermans Wharf.

East Kimberley – Truscott Airbase – Shorelands Group. Phone (Truscott) (08) 9161 4395 (Darwin) (08) 8922 0940. Located in West Bay, east Kimberley. Diesel needs to be pre-ordered from Darwin and pumped from the barge to your vessel. The barge comes from Darwin to Truscott about every 2 weeks. For details see the Fuel on the Kimberley Coast page.

East Kimberley – Paspaley Pearls – From the 2018 dry season, Paspaley Pearls plan to sell bulk diesel in minimum loads of around 1000 litres, and ULP in 200 litre drums from their Vansittart Bay pearl farm. Arrangements need to be made in advance with Paspaley Pearls in Darwin. For details see the Fuel on the Kimberley Coast page.

West Kimberley – Kuri Bay, Paspaley Pearls – From the 2018 dry season, Paspaley Pearls plan to sell bulk diesel in minimum loads of around 1000 litres, and ULP in 200 litre drums from their Kuri Bay settlement. Arrangements need to be made in advance with Paspaley Pearls in Darwin. For details see the Fuel on the Kimberley Coast page.

West Kimberley – Dog Leg Creek. Phone 0427 951 491 Dean Kemp. Dumb barge moored in Dog Leg Creek. Bulk Diesel and ULP. Give Dean a few weeks notice that you are coming and how much fuel you will need, so he can ensure supply. For details see the Fuel on the Kimberley Coast page.